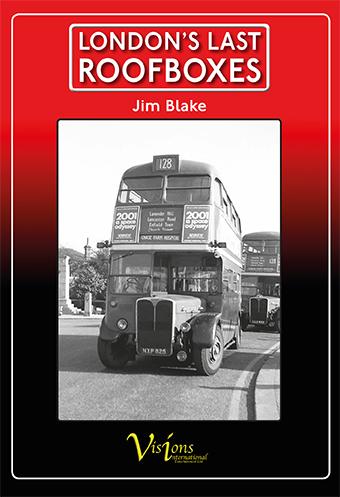 For over forty years, buses with their route number displays mounted in the centre of their front roof domes were a familiar sight in London. They were very much a hallmark of the London bus fleet, this device not often being used elsewhere. Widely used on buses of various pre-war types, such blind displays featured on most of the STD class and on almost a quarter of the huge RT class, latterly also on a few RTLs. The buses were nicknamed roofboxes, top-boxes and even lighthouses by enthusiasts and for this new volume, Jim Blake has meticulously checked the records of the last 360 or so of these distinctive-looking buses to operate at London’s service in the late 1960s to present a fascinating array of photographs of them from his archives, operating in all parts of the London Transport Central Area on a wide variety of routes.